Understanding through experience, by Doctor Brian Weiss, in Esperanto

We make known to internauts that we have now available in Esperanto the document titled Understanding through experience, by Doctor Brian Weiss.

This document is the result of the research made by Doctor Brian Weiss after he helped his first patient, Catherine, to solve a trauma of her soul’s past, with the Past Lives Therapy. 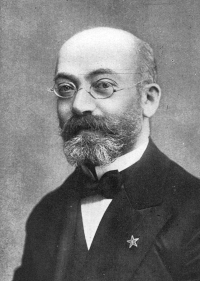 Doctor Weiss wonders how is it possible that he had to admit the reality of reincarnation to be able to help this patient to heal, while the established dogmas of the three main monotheistic religions (Judaism, Christianity and Islam) do not accept officially this reality.

We are grateful to Alfons Tur García, who is the author of the translation of the text into the international language designed by Doctor Ludwik Zamenhof.

Hereafter the link to the interview available in Esperanto:

Understanding through experience in Basque language.

We are pleased to inform you that we have published on the website «In Body and soul» («Gorputzez eta arimaz») the page Understanding through experience (Esperientzia bidezko ulermena), with the excerpt from the work of Doctor Brian Weiss which reflects his research on the acceptance or not of the concept of reincarnation in the western world and Islam, after discovering the Past Lives Therapy (PLT) with Katherine, his first patient in this line of research.

Iraide López de Gereñu has been the creator of the Basque version of this fragment, which can be consulted in the Appointments and Testimonials section (Hitzorduak eta testigantzak) where it has already been published.

Doctor Brian Weiss wonders about how it is possible that within the three major monotheistic religions: Judaism, Christianity, and Islam, the concept of reincarnation has not been officially accepted, despite being a verifiable reality at individual level in cases where the practice of regressive therapy has resulted into the healing of traumas originated in previous lives. Weiss discovers the hidden reality behind reincarnation advocates who practice these religions. In the case of Christianity we can find among the reincarnation defenders some of the fathers of the church and it is exposed how the Roman political authority prevented the assumption of the concept of reincarnation by establishing which official scriptures were to be.

It follows the information about the page in Basque language: