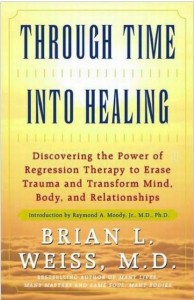 Doctor in psychiatry Brian Weiss discloses his initial inquiries in search of references on reincarnation after his first steps in the technique of past lives therapy.

After his early scepticism, he starts researching if other therapists in the past reached the same discovery. He also researches the way in which different religions treated reincarnation, and how the main monotheistic beliefs have excluded it from their doctrine, even if some of their followers share this evidence.

Often a new patient or workshop attendee confides to me, «Dr. Weiss, I’m very interested in experiencing past life regression, but I’m having some trouble accepting the concept of reincarnation.»

If you feel like this, you are not alone. Many of these people need to address this issue before beginning the regression process. Doing this is often a preliminary part of therapy with these patients, and it is a common topic for questions and answers in my workshops and lectures.

Before my extraordinary experiences with Catherine, I myself was extremely skeptical about the concept of reincarnation and the healing potential of past life regression. Even afterwards, it took several more years for me to make the commitment to bring my new beliefs and experiences into the public eye.

Although Catherine’s therapy had radically changed my understanding of the nature of life and the nature of healing, I was hesitant to let other people know about these profound experiences because I was afraid I would be considered «crazy» or «weird» by colleagues and friends.

On the other hand, I had received further confirmation of the effectiveness of past life therapy by successfully treating more patients with this technique. I knew that I had to alleviate my discomfort, to resolve this issue. So I went to the medical library to see if other research was available. The left-brained, logical clinician in me liked this solution to the problem, and I hoped that such validation existed. If I had accidentally stumbled onto past life recall, I was certain that other psychiatrists using hypnotic techniques must have had similar experiences. Perhaps one of them had been brave enough to tell the tale.

I was disappointed to find only a few, albeit excellent, research reports. For instance, I found Dr. Ian Stevenson’s documentation of cases in which children appeared to remember details of previous lives.

Many of these details were later corroborated by investigative research. This was very important because it helped to provide validating proof of the concept of reincarnation. But there was little else to be found, certainly next to nothing about the therapeutic value of past life regression.

I left the library even more frustrated than when I had entered. How could this be possible? My own experience had already allowed me to hypothesize that past life recall could be a useful therapeutic tool for a variety of psychological and physical symptoms.

Why had no one else reported his or her experience? In addition, why was there almost no acknowledgment in the professional literature of past life experiences surfacing during clinical hypnotherapy? It seemed unlikely that these experiences were mine alone. Surely other therapists had had them.

In retrospect, I can see that what I really wanted was someone to have done the work’ that I would soon do. At that time I could only wonder whether other psychotherapists were as hesitant as I was to come forward. My research of the literature complete, I was torn between the power and reality of my own direct experiences and the fear that my ideas and new beliefs about life after death and contact with master guides might not be personally and professionally «appropriate.»

I decided to consult another discipline. From my college religion course at Columbia University, I recalled how the major traditions of the East, Hinduism and Buddhism, embraced reincarnation as a central tenet, and how in these religions the concept of past lives is accepted as a basic aspect of reality. I had also learned that the Sufi tradition of Islam has a very beautiful tradition of reincarnation, rendered in poetry, dance, and song.

I simply could not believe that during the thousands of years of the history of Western religions no one had written about experiences like mine. I could not have been the first one to receive this information. I later discovered that in both Judaism and in Christianity the roots of belief in reincarnation go very deep.

In Judaism, a fundamental belief in reincarnation, or gilgul, has existed for thousands of years. This belief had been a basic cornerstone of the Jewish faith until approximately 1800-1850, when the urge to «modernize» and to be accepted by the more scientific Western establishment transformed the Eastern European Jewish communities.

However, the belief in reincarnation had been fundamental and mainstream until this time, less than two centuries ago. In the Orthodox and Chasidic communities, belief in reincarnation continues unabated today. The Kabbala, mystical Jewish literature dating back thousands of years, is filled with references to reincarnation. Rabbi Moshe Chaim Luzzatto, one of the most brilliant Jewish scholars of the past several centuries, summed up gilgul in his book, The Way of God: «A single soul can be reincarnated a number of times in different bodies, and in this manner, it can rectify the damage done in previous incarnations. Similarly, it can also attain perfection that was not attained in its previous incarnations.»

When I researched the history of Christianity, I discovered that early references to reincarnation in the New Testament had been deleted in the fourth century by Emperor Constantine when Christianity became the official religion of the Roman Empire. Apparently, the emperor had felt that the concept of reincarnation was threatening to the stability of the empire. Citizens who believed that they would have another chance to live might be less obedient and law abiding than those who believed in a single Judgment Day for all.

In the sixth century, the Second Council of Constantinople underscored Constantine’s act by officially declaring reincarnation a heresy. Like Constantine, the Church was afraid that the idea of prior lives would weaken and undermine its growing power by affording followers too much time to seek salvation. They concurred that the whip of Judgment Day was necessary to ensure the proper attitudes and behavior.

During the same Early Christian Era leading up to the Council of Constantinople, other Church fathers like Origen, Clement of Alexandria, and St. Jerome accepted and believed in reincarnation. So did the Gnostics. As late as the twelfth century, the Christian Cathars of Italy and southern France were severely brutalized for their belief in reincarnation.

As I reflected on the new information I had gathered, I realized that aside from their belief in reincarnation, the Cathars, Gnostics, and Kabbalists all had another value in common: that direct personal experience beyond what we see and know with our rational minds or what is taught by a religious structure is a major source of spiritual wisdom. And this direct personal experience powerfully promotes spiritual and personal growth. Unfortunately since people could be severely punished for unorthodox beliefs, these groups learned to keep them secret. The repression of past life teachings has been political, not spiritual1.

And so I began to understand the «whys.» I myself was concerned that I might be punished for my beliefs if I made them public. Yet I know that people have the right to have access to the tools of growth and healing, and I have seen from my own clinical experience that past life regression can heal and transform people’s lives. I also know that patients become better, more useful members of society and their families, with much more to offer.

But even after Many Lives, Many Masters was published, I was still waiting for the backlash. I was waiting for doctors to ridicule me, for my reputation to be tarnished and, perhaps, even for my family to suffer. My fears were unfounded. Although I hear there’s a stray colleague or two who has been known to mutter about «poor Brian who’s only got one foot on the curb», instead of losing friends and colleagues, I gained more. I also began to receive letters wonderful letters from psychiatrists and psychologists throughout the country who had experiences like mine but had not dared to make them public.

This was a powerful lesson for me. I had taken the risk of documenting and presenting my experiences to the public and professional world, and my reward was knowledge, validation, and acceptance. In addition, I had learned that understanding does not always begin with reading accounts of studies in libraries. It can also come from exploring one’s own experience. Intuition can lead one to intellect. The twain can meet; they can nourish and inspire each other. They had done so for me.

I tell this story because your concerns –the tug of war between your experiential and intellectual knowledge– might, in essence, be similar to mine. Many people have the same experiences and beliefs you do, perhaps many more than you can imagine. And many of these people feel discouraged from communicating their experiences for the same reasons you do. Still others may be expressing them, but in private. It is important to keep an open mind, to trust your experiences. Don’t let the dogma and beliefs of others undermine your personal experience and perception of reality.

1See Reincarnation: The Phoenix Fire Mystery by Cranston and Head for an excellent study on the history of the political and social treatment of the concept of reincarnation in the West.