Interview with Brian Weiss for the magazine Athanor in French language.

We have available to all French-speaking Internet users the interview with Dr. Brian Weiss in the journal «Athanor», which was published in issue 35, September-October 2002, between pages 15 and 18.

We are grateful to the translator Loto Perrella as well as to the rest of the team of this publication for collaborating and providing us with all the facilities to recover and reproduce the original text and its images.

The interview translated into Rousseau’s language, reviews Dr. Weiss’s unique journey in Past Life Therapy through his first five books on the subject, beginning with his encounter with Katherine, the first of his patients to be treated with this technique.

Link to the interview translated to French: 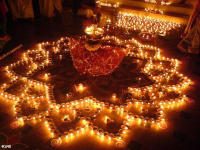 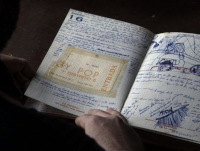 The Call Out Webpage in German language.

The page allocated to calling out to collaborate with the website «In Body and Soul» is now available in Goethe’s language thanks to the translation provided by Professor Nina Piulats Finger. We thank her and her father, the philosophy teacher Octavi Piulats Riu, for their help.

This page invites internet users to collaborate by translating to the most accurate and faithfully possible extent the already existing pages into languages which are not yet available. Some of the pages contain references to excerpts from books that may have already been translated, so it would also be helpful to have these citations available in digital format. We also welcome support to improve the project from technical and aesthetic aspects.

We already have at the disposal of those who are fluent in Portuguese language the interviews granted by the newspapers «El Periódico de Catalunya», «La Verdad», «La Nación» and «Reforma» with Doctor José Luís Cabouli.

We thank the interpreter Marisabel Tropea for her collaboration in completing the interviews conducted with Doctor Cabouli in the language of José Saramago.

You can find below the links to the new Portuguese translations:

Doctor José Luís Cabouli was interviewed by Horacio Embón in the year 2000 in order to explain to the tv audience the path that led him to replace body surgery for soul surgery, ie. Past Lives Therapy (PLT). «YouTube» Editor Profile: Doctor José Luís Cabouli. Past Lives Therapy. Date of publication on «YouTube»: Thursday, 5th November of 2020. Duration: 15 minutes and 46 seconds. Language: Spanish.

This is an interview by Horacio Embón on the Canal Infinito in Buenos Aires in the year 2000. I found it thanks to Mitzutao as I was unaware of its existence.

Interview with Brian Weiss for the magazine Athanor in English language.

We have now available to all English-speaking Internet users the interview with Dr. Brian Weiss in the journal «Athanor», published in issue 35, September-October 2002, between pages 15 and 18.

We are grateful for the collaboration of the translator Loto Perrella as well as to the rest of the team of this publication for facilitating us the recovery and reproducing of the text and its images.

The interview translated into Shakespeare’s language reviews Dr. Weiss’s unique journey into Past Life Therapy, beginning with his encounter with Katherine, the first of his patients that was treated with the technique.

Link to the interview translated to English:

Return to peace. An interview with Brian Weiss.
Athanor Magazine Number 35. September-October 2002. Pages 15-18.
Interviewer: Josep Agustín. Interpreter: Loto Perrella. Photographs: Natalia Campoy.
How to be at peace with oneself and therefore with all is perhaps the magical formula most sought after since always by human beings. We met Doctor Brian Weiss in his hotel and along the whole interview we could feel the peace and quiet, the good temper and the kind nature of the man (…).
Translation: Loto Perrella.

We have now available to all Internet users the interview in Galician language with Doctor José Luís Cabouli by the journalist Lluís Amiguet published on Saturday the August, 23th of 2003 in the section La Contra of the Newspaper La Vanguardia.

We are grateful to professor Elisa Borrazás for the translation that will allow all speakers of Rosalía de Castro mother’s tongue a better comprehension of this document, where Doctor Cabouli explains how acute suffering episodes leave a imprint that must be healed in within the soul of every living being as opposed to pleasant experiences.

We hope that this translation helps all Galicia’s language speakers to find a way to heal these soul experiences from the past that might remain in the unconscious mind. A common necessity of all world’s nations individuals who will better understand this need if it is expressed through the soul of each nation, which is its vernacular language.

Next, we like to inform you about the link to the interview now available in Galician: