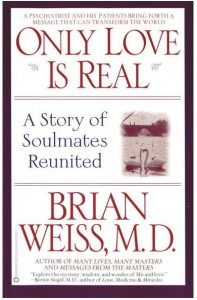 Through the bodies of Dr. Brian Weiss’ patients, submitted to hypnotic regression, not only the past of their souls can be reached in search of a traumatic fact, but also the souls of several scholars or masters may take part in order to give to the therapist explanations on the spiritual evolution.

In the following story appear different quotations from scholars which explain the different sorts of karma, including the collective karma, taking into account other matters such as fame and the need to forgive and to be forgiven.

Sometimes the messages are much less psychological and seem to be from an older, more didactic source. The style is quite different. It is almost as if I am taking dictation.

«There are many types of karma, debts to be balanced. Individual karma pertains to the entity’s own obligations, those unique to him. But there is also group karma, the collective debts of his group, and there are many groups: religions, races, nationalities, and so on. At a larger level, there is planetary karma, which will in time affect the planet’s destiny and outcome. In group karma not only are individual debts accumulated and worked through, but the outcome is eventually applied to the group, country, or planet. The application of such group karma determines the future of the group or country. But it also applies to the reincarnating individual, both within the group or country, or simultaneously and intersecting but not within, or at a later point in time.

«Fame is an example. He that seeks fame as an end in itself may achieve fame for a while. But that fame will be temporary and will not gratify. If, however, fame comes to one unbidden, as a result of right action, action along the Path, that fame will endure and will be proper. But to the person on the Path, it will not matter. This is the difference between fame sought selfishly, for the individual, and fame unsought and not desired, a by-product of right action. The first is illusion and is impermanent. The second is real and permanent, adhering to the soul. The first accrues karma and must be balanced; the second does not.»

Sometimes the messages flash by very quickly and succinctly.

«The goal is not to win but to open up.»

Then, as if his/her turn came again, more from the psychological source and the rapid-fire impressions.

«God forgives, but you also have to be forgiven by people… and you have to forgive them. Forgiveness is also your responsibility. You must forgive and be forgiven. Psychoanalysis does not repair the damage. You still have to go beyond understanding and make changes, improve the world, repair relationships, forgive others and accept their forgiveness. Being active in seeking virtue is of the utmost importance. Lip service is not enough. Intellectual understanding without applying the remedy is not enough. Expressing your love is.»