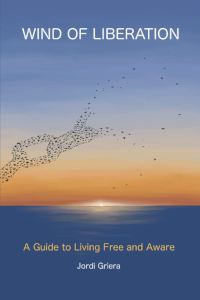 Eventually, one day I offered her to go on a holiday trip, looking for places that resembled her dreams. As she had seen a volcano, the first place we thought of was Santa Pau in the Catalan Garrotxa. We went and saw the volcano but found none of the other elements; the monastery of Ripoll, not far from it, is a Romanesque jewel, but it is much smaller than the big church of her dreams. Furthermore, in Catalonia you climb upstairs to enter churches, never downstairs. We then went visiting the ruins of Sant Pere de Roda, an unlikely cathedral atop the Eastern Pyrenees, which Alexandre Deulofeu contended was the first Romanesque temple in Europe. Unfortunately, it wasn’t her church either.

Then, we thought of Italy; there are volcanoes, not only Vesuvius, and ochre-coloured houses. So, we bought a caravan and organised a trip there, and took our three children with us. In Ventimiglia and Portofino, we saw streets like her dreams, those of the “ochre series“. That would locate them in Italian cities of the 18th century. However, in Italy, we did not find any Romanesque churches of the size and characteristics of the dreams with “churches and volcanoes“.

We were about to give up when, one day, my mother-in-law phoned us. She was very devoted to the Black Madonna. I won’t say she collected images of her, but she wanted to know where they all were. That day she had read that there was a black Madonna in Le Puy, and she was calling to find out where that was.

Without Google, five years before the birth of the Internet, a question like that meant checking encyclopaedias and road maps, which I did with pleasure. We located Le Puy, or Puèi, and its Black Madonna in the Occitan Auvergne. Our hair stood on end: the church of Le Puy is Romanesque, the whole of Auvergne is full of great Romanesque churches, and it is also a land of volcanoes.

We didn’t wait for the holidays; as soon as we had a three-day break, we left for France. It was the 16th of March 1987. Before we left, however, I gave my wife a small notebook and asked her to draw some of the things she had seen in her dreams as accurately as she could.

She drew the church’s floor plan, the location of the door through which he entered, and the altar. In another drawing, there was a crypt with statues in a semicircle, which she said were on white marble. She had entered the crypt through a door facing the river on the right as you look towards the apse.

With the invaluable help of the “Guide Michelin”, we located several Romanesque churches between Le Puy and Clermont-Ferrand, all with a Black Madonna, and went on visiting them.

The first thing we noticed was that, except for Le Puy, in Auvergne, temples are below the surrounding streets, so you enter them downstairs, as in her dreams.

In Clermont, the cathedral is Gothic, but the old basilica is Romanesque, and stands next to the Allier river. Dedicated to the Madonna of the Port, it’s a great church, vast and beautiful, a UNESCO World Heritage site. Yet, it wasn’t “the one”. However, it has a crypt, so we visited it.

Oh! it was her crypt, with the small door overlooking the river she used to enter in her dreams, coming from the pilgrimages. I looked at the drawing she had made before leaving home, and I couldn’t believe how accurate it was. However, there was no trace of the white marble statues. We looked for a tourist guide and asked him whether there had been any statues there. He replied that there had been, but at the beginning of the Revolution, which was exceptionally violent in Auvergne, the figures had been taken to the cathedral in Reims, fearing they might get destroyed. They were white marble statues, and they are still in Reims!

The crypt, yes, but the church was not “the church”. So, we left the town up the river, and visited Issoire. Beautiful! And it looked a bit like the one in the dream, but it wasn’t.

We had identified the crypt but were very confused why the main church didn’t match the one in the dreams. So, with mixed feelings, we decided to give up and had already taken the road back to Barcelona when my co-driver said, “here in Brioude, there is another church, which the Guide says is very big.” I was already too tired to stop, but she insisted, so I agreed. Like that, we arrived at Saint-Julien de Brioude.

That was her church! I watched Mariona running from one side to the other, identifying details, many! she said, “This door leads to the sacristy“, and that’s what it was. So, it was exactly the church in her dreams. Nevertheless, a few differences needed to be clarified: For example, the door she said she used to go to the cloister opened onto a street. We enquired, and the sacristan told us that the cloister was in such a bad state after the 1789 Revolution that they demolished it in the 1840 reconstruction.

In her dreams, she was watching mass standing at the doorway of a side door. She could see the altar in front of her, right at the crosspiece of the church. However, today, that’s a solid wall, with not even the trace of a door; and the altar is higher up, towards the apse. The sacristan bewildered us when he explained that the altar had been moved up sometime after 1964 when the Pope instructed clergy to celebrate Mass facing the faithful. As for the door, he had heard that there had been one in that location, but they sealed it about one hundred years ago. The silhouette of the door in the wall had vanished with time, but outside, on the square, one could still see some downward steps leading “nowhere”. You guessed it, the place where the door had formerly been!

The precious hangings and tapestries of her dreams disappeared during the Revolution. It was understandable.

So, we returned to Barcelona with a sense of accomplishment, although a considerable mystery remained: the dreams’ church was dark, and Saint-Julien de Brioude is a bright basilica today. We couldn’t explain it.

On our next trip to Brioude, we located the church’s original plans, which are still available. They were identical to the present church, with rows of tall windows that give the building great luminosity. Therefore, the darkness in the dream was even less comprehensible.

The enigma was solved in yet another visit when I consulted the Brioude Almanac. I found a number explaining the reconstruction of Saint-Julien in 1840. They had decided to restore the church to its original design according to the plans. The demolition of the cloister appeared in that account, but, strikingly, the architect also decided to demolish a double slate roof people had built, in 1550, to waterproof the middle and side naves. They had made it in one piece, thus covering the upper row of windows of the central transept. 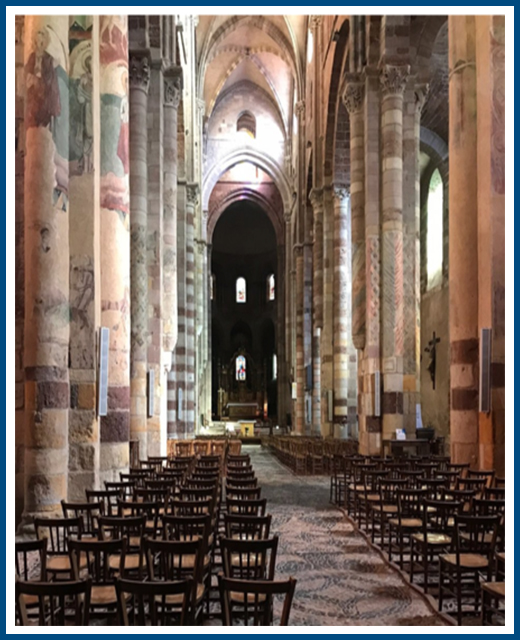 Illuminated only through the side naves, the church turned very dark from 1550 till 1840. We could thus date Mariona’s memories as between 1550 and 1789, the year of the revolution. It coincided with the atmosphere and the clothes she saw herself wearing.

In the area around Brioude, we found the river’s ford at La Bageasse, the caves, the extinct volcanoes in the vicinity, and the pilgrimage paths to the Virgin of the Port of Clermont. Even Trinity’s hermitage. Everything!

We thought it was our duty to divulge such a striking find, and we contacted Doctor Ian Stevenson, the famous author of many books on reincarnation. I spoke with him on the phone; he was Canadian, but he was based in England and had been appointed president of the British “Society for Psychical Research”. I took advantage of a work trip to London, and he received us in his office on the 8th of February 1989 – blessed diaries! He was astonished. He had studied some three thousand cases of possible reincarnations, and ours was one of the most detailed and verifiable.

In 2013 the Scientific American website published an article by Prof. Jesse Bering. He said, “Stevenson’s work had established that the statistical probability that reincarnation exists is so overwhelming that the accumulated evidence is not inferior to other branches of science.“

Excerpt from the book: “Wind of Liberation, A Guide to Living Free and Aware“. Author: Jordi Griera. You can get it by visiting http://windofliberation.com