Doctor Viviana Zenteno. Regressions as a soul therapy. Interview by Terra, May 6, 2010. 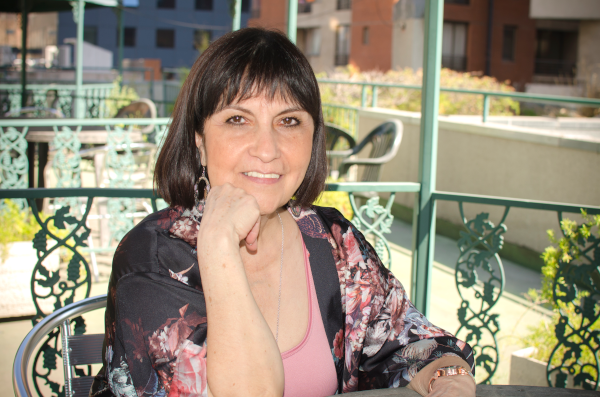 Regressions as a soul therapy.

In this technique the past mixes with the present and a number of facts are activated, which are not in the person’s conscience.

Santiago, Thursday, July 20, 2006. «Terapia del alma» («Soul therapy») is the title of Doctor Viviana Zenteno’s book, where she describes the different cases of regression which she has experienced with her patients.

To her this, more than a regression, is a soul therapy, since she works in depth appealing to the wisdom which is to be found at the bottom of the person’s being.

According to Doctor Zenteno, the world of medicine may cure physical ailments, mental problems, among others, however it cannot cure the soul’s illnesses. For that reason she decided to find out about regressions, and in due time things started to happen. First it was a book by the well known therapist Brian Weiss about past lives, followed by a full immersion in the study of this therapy and to follow on this path.

–How did you learn the regression technique?–

–I got in touch with Doctor José Luis Cabouli, who is a specialist in past lives therapies and besides has written several books on this topic. I read his first book which captivated mi very much. After that I wrote him and started a workshop in three stages.–

–Why did you decide to study regressions?–

–I was always quite restless, but I never doubted that I wanted to be a doctor, I wanted to help and heal people, for this reason I chose internal medicine, which is inclusive enough to take in everybody with their diseases. I was always rather good at contacting with people, in fact at the beginning I even thought of becoming a psychiatrist, but decided that internal medicine would give me a wider vision of the patient. In time I realized that something was missing, I could help people to heal their bodies and minds, but there was something in them I failed to grasp, and I was also aware that people became ill when they were emotionally upset.

The specialist explains that at that moment she realized that almost all diseases had an emotional element. «This caused me a great uneasiness. I thought: “I am taking care of one part, but there is something missing”. I wanted to reach the patient’s soul.»

Then, a master appeared and the information about these therapies started to flow in. «I was worried to find out whether this was true or not. I started to think in which way I could find out and spoke about it with Doctor Ronald Schultz, who is a Chilean doctor practicing regressive therapy, and he made a session to me. I liked it so much that I became interested and at that moment I found Dr. Cabouli’s book. Reading his book I took the decision and went to Argentina to specialize and to work with my patients».–

–How do you bring together medicine and regressions?–

–In the first place in my cabinet I separate the two things: in this room I do regressions, and in the next one I work with medicine. It is all different, because the regression therapy takes more time, they are very different.–

–Why is it a soul therapy?–

–I consider it a soul therapy because it is an in depth job, tuning in to the wisdom which is in the people’s souls. With regressions you activate a number of facts which are to be found only in the soul. Memory is in the soul.

At the same time it is also a self-therapy guided by a therapist, but the answers we need for healing are inside ourselves.–

–Which is then the therapist’s role?–

–When somebody turns to this therapy, the therapist acts as a guide, as an escort, but the answers are within the patient himself.–

How do you do it?

–Which is the process you follow before transporting the patient to a past life?–

–To start with I have a conversation with the patient, to know him, to know which is his problem, the reason for making a regression. They also ask me details in order to feel secure. When somebody comes to my cabinet and wants to follow this therapy I want him to have higher motives, more spiritual like. To do it out of curiosity is not very useful.–

–The regressions you carry out go up to the mother’s womb, or also to past lives?–

–Also to past lives, but this does not depend on me, it depends on the patient’s needs. When the patient enquires about something, for example a phobia, or that he is afraid of spiders, and does not remember having had such a problem in his present life, most probably this comes from past lives. In that case in general we shall work with past lives, but perhaps the patient remembers something and there is an episode of fear of spiders in this life, but it could be the repetition of a fact in a previous life. Then, in a first regression perhaps this appears only in this life, but if you go on researching perhaps past lives may come up.–

–What sort of pains or shortcomings may be healed or repaired through a regression?–

–Emotional ones in the first place: panic crises, distress syndromes, relationship problems, maybe between fathers and sons, with a partner, etc. Also career problems or if they have to face a problem and complete their careers.–