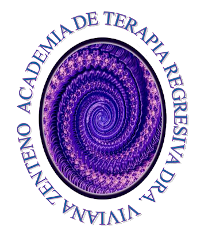 Katia (45) understands in this regression the reason of the giving up of love. Years back she was free, but he wasn’t, and besides he was a public person.

Therapist: What are you seeing?

Katia: I see an island from above, with a lot of vegetation, I am getting into the thickness. Now I go down, it is some sort of jungle, and inside there is an esplanade with an amphitheatre like this, a large one.

T.: How are you dressed?

K.: I wear a tunic, long dark hair, and some ornament.

K.: About 25… I gather I am a priestess. There is a temple… I don’t know whether it is an island or a peninsula, but it is surrounded by the sea and the temple is in the middle of the jungle… I see some stone idols, like gods. It appears as if I held an important position, as if I knew many things that others don’t. They are burning incense o some perfume. I can hear music, as of drums. I conduct the ceremonies pleading with songs for something with nature, with the gods, abundance, and fertility. I am one step above the others, conducting, invoking.

T.: Which is your physical feeling at that moment?

K.: I feel at ease there. A feeling of fullness… as if, in some sort of way, I were transmitting to these people things they don’t know and that I do know. This gives me a feeling of power.

T.: And which are your emotions?

K.: Some pride, I am a little arrogant.

T.: And which are your mental reactions?

K.: I am aware that these prayers and these rituals are effectual, they are powerful.

T.: Pay attention, these feelings of pride, fullness, and power, what do they make you do in your life as Katia?

K.: They make me feel capable, that I can.

T.: And what do they stop you from doing?

K.: Sometimes they stop me from acknowledging my mistakes.

T.: Very well. Move forward until another moment important for your soul.

K.: I see I had a lover which I kept in secret, because I was not allowed.

T.: You had something hidden… well, let us see how it was: one, two, three…

K.: He is a warrior and we have a strong love affair, but it cannot become known, because priestesses must be single. In the temple there is a secret chamber, and, since I have power I bring him in. He belongs to a different class, neither higher nor lower than mine, but separate, they are not allowed to mix. I feel I am protecting him. He loves me and is powerful in his strength, in his ability to fight. But with respect to love, I am more powerful than he.

T.: Can you explain this better?

K.: It is as if he respects me excessively, and I want him to take me as a woman, not to look at me as if I were superior. I want him to understand that I am a woman and I want to be his wife. He doubts, he does not want to carry on, but I say that we can go on, that nothing is going to happen. He fears for both of us but I tell him that we cannot separate, we must not separate.

K.: There are other people more powerful, some men, they are priests more important than me, and they find out. They take him away!! I try to defend him, but I cannot!! (Katia shows anguish and fear).

T.: Where are you and where is he?

K.: In a large hall, and these priests are telling us that we have broken the law. I was not supposed to have this sort of relationship… It is a stone temple, cold, large, high ceilinged. They wear their tunics, they have long faces, and they wear head bands, not crowns. There are two of them. They accuse me. I stand in front of them but they are on the top, I am below, and my lover is kneeling and they are going to punish him. I tell them no, NO, that it is my fault… but they are not going to do anything to me… (she cries)… they take him away… I start screaming and they hold me… there are more people apparently… and I know they are going to kill him, they are going to sacrifice him… and I scream no… NO! I am the guilty one! It is not his fault! Please… it is my fault… it is not his fault, please… (she cries and moans)… No… No… No… I am guilty, you may sacrifice me, not him…

K.: They tell me no, that I am necessary, that I must carry on with my role… that there are many like him, but not like me… I insist that it is my fault but they don’t care… he is just one among many… And to me he is very important! When they take him away, he is very brave, but I see in his eyes his helplessness, and I want to protect him… I run after him but I cannot because they don’t let me. And I want to die with him. Ahhh, oh, oh, I feel a pain in my heart when they take him away.

T.: Of the whole experience, what has upset you the most?

K.: When I realize that we have been found out… no, the worst thing is when I realize that the one to be punished is he, not me… They seize me by my shoulders and my neck, I am kneeling on the floor. They hold me back while they take him away… these men are very wicked, very hard, they are inflexible…

T.: Feel that pain and wear it out.

K.: It is like a deep wound in my breast… and my neck…

T.: And your emotional reaction?

K.: A deep pain and anguish, a wish to protect him, I want to help him but I cannot. I want to run to him, to embrace him… but now they are taking him away, and he doesn’t complain. But his eyes show a deep helplessness…

T.: What do you think when they take him away?

K.: I realize that my power was nothing. NOTHING!

T.: How does this bear upon your today’s life?

K.: It makes me protect those I love… in men it makes me look for the one which appears helpless, to protect him… It makes me understand that power is nothing… that it is easy to be deceived by honours… that we are all mortal, and that we should not become conceited. It stops me from believing whatever they tell me… It is like a warning: «Do not forget that the situation may change any time.» And then I am afraid of being happy.

K.: I must go on, I must keep my role as a priestess, as if nothing had happened. Nobody else knows what happened, only those who were there. And I feel I am being made use of… previously I completely believed the story of my power as a priestess, now I realize I am an instrument of these people, that they don’t care if I have sinned or transgressed the rules, because I am just an image, a means so that they may keep their own power.

So, they are not going to sacrifice me because they have spent time and energy to prepare me for this role. And so they punish him. And I start to feel disgusted with the role I am playing, because I don’t believe any more, not even in the gods I invoke… I play my role unwillingly, and every day I feel more forced.

T.: How do you react at feeling forced?

K.: I feel angry, it is like a shiver of hate against those priests without feelings. I can no longer love anybody. And I try to be even colder than they are, because it is dangerous to love.

T.: How does all this affect you in your life as Katia?

T.: Now you will go to the last moment of your life in that life, one, two three…:

K.: There is some sort of party, with dances and chanting, with fire and invocations, and there is a hostile people which takes advantage of the situation to invade us and attack the temple. They start to throw spears and fire, I receive a spear in my breast and I realize that I am going to die. It is like a mixture, the party which transforms into a massacre.

I feel no pain, but a mixture of surprise and relief: at last, this is the end. It has been a long time that I wanted to die.

T.: Go on through this death and tell me what happens there.

T.: Where was that place?

T.: How do you feel going up and seeing these things?

K.: I feel relieved, feeling less hate, realizing that we were all dying, and that it was a way to have rest. And I am going to a pleasurable place, floating, just as no more than a shape.

T.: What should we rescue now?

K.: I realize that I loved him more than he loved me. I would have liked him to be waiting for me, but no, he is not there (she laughs). And I feel a little disappointed.

T.: Katia, which is the lesson in this experience?

K.: We met again in this life, but being together would have completely destroyed his image. At the time I thought we had been cowardly, but now I realize that it was right, that I lived through the test, because otherwise he would again have been killed because of me.

Link to the original case in Spanish in the web site «Terapia del alma» («Soul therapy») of the Academia de Terapia Regresiva of Doctor Viviana Zenteno, in Chile: